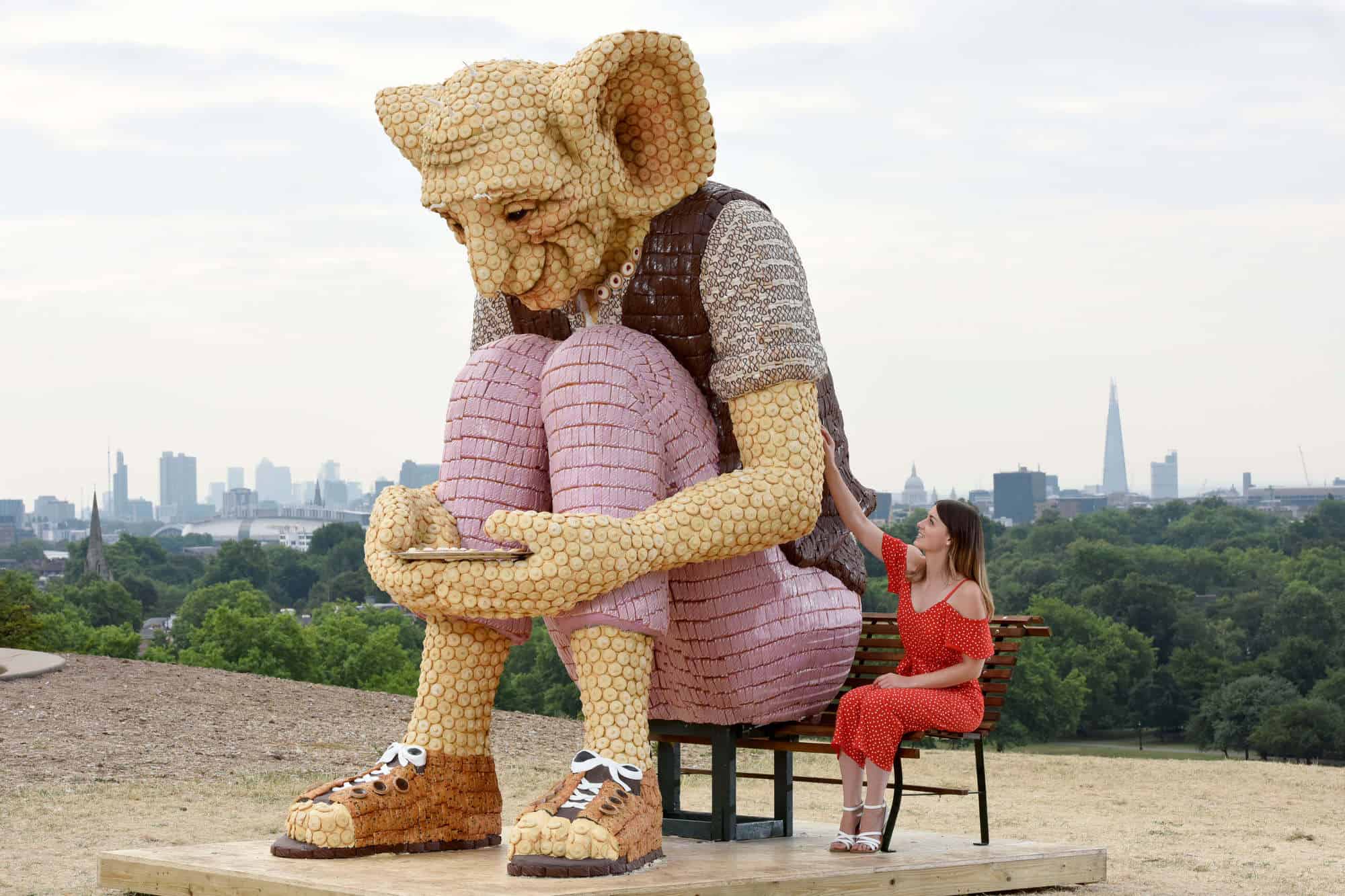 See how these brands have come together, to inject magic into their customer relationships and drive real business growth.

You can find parts one and two of the series here.

Promotions for Merlin Entertainments’ leisure attractions are fairly ubiquitous, however this partnership with Coca-Cola had a clever twist.

Visitors were offered half price tickets to some of the UK’s most popular family attractions in exchange for recycling their used plastic drink bottles via a new network of reverse vending machines installed at Merlin theme parks – including Alton Towers Resort, Thorpe Park, Chessington World of Adventures and LEGOLAND Windsor.

The project followed research by Coca-Cola, which revealed that 64% of British consumers would recycle more on-the-go if they were rewarded instantly for their actions.

The partnership supports Coca-Cola’s sustainable packaging strategy and global goal to collect and recycle a bottle or can for every one it sells, by 2030, to help ensure a world without waste.

As well as driving repeat visits to Merlin’s attractions and demonstrating their ambition to use their brands for good – encouraging people to recycle more and rewarding them with family fun.

Jägermeister’s “Pre With Us” campaign included a three-month tie up with Deliveroo – helping drinkers to get the best nights of their lives off to a good start, whilst encouraging downloads of the delivery app and boosting Jägermeister sales.

Off trade customers in Tesco, Morrisons, Sainsbury’s, Asda and the Co-Op could purchase a Jägermeister bottle with a speciality collar that included a code redeemable on the Deliveroo app for £5 credit, when spending £20 with the delivery service.

200 winners received an additional £50 credit to use at hundreds of Deliveroo participating restaurants nationwide when using the app.

Sitting on a bench at the top of Primrose Hill, the life-sized BFG measured 7.32 metres tall from head to toe, four times the size of a human. The sculpture was built using 7,500 Mr Kipling cakes, weighing a whopping half a tonne and took more than 200 hours to create. The edible BFG was enjoyed by families and passers-by, who gazed in amazement at the Mr Kipling cakes covering his entire body.

On-pack promotions also offered shoppers the chance to win prizes for the whole family to enjoy throughout the summer.

Music-streaming app Spotify partnered with the ride-hailing app Uber to create “a soundtrack for your ride.”

When riders are waiting for an Uber ride, they’re prompted to connect with Spotify and become the DJ of their trip. Users can choose from their own playlists to determine what they’ll listen to.

This smart partnership helps Uber and Spotify users to enjoy a better ride experience, encouraging them to use the apps over competitors knowing they can enjoy their next ride listening to their favourite tunes.

This well targeted campaign aligns two brands orientated towards young women – rewarding VK shoppers with an offer to complete their summer look with New Look, so they’re ready for some summer fun as they venture out to festivals, BBQs and house parties.

To celebrate its new listing in Tesco and reward loyal fans, VK gave consumers 20% off leading fashion retailer, New Look, with every purchase of its mixed ten pack.

The summer campaign, ‘VK Sorts Your Summer’, was supported by a six-figure marketing push, which saw them work with celebrity influencers including Love Island stars Alex and Olivia Bowen, as well as running experiential activity, where fans could win the chance to be styled by the Love Island duo in New Look clothes, get their hands on exclusive VK merchandise and taste limited edition VK flavoured adult ‘pick and mix’ sweets.

When combined with social media activity, the VK Sorts Your Summer campaign was expected to reach the timelines of over 30 million consumers.

On-pack promotions are a common sight in supermarket aisles, however this partnership between Quaker Oats and Nuffield Health caught our eye.

The campaign aimed to support retailers in driving post-Christmas sales of cereals when consumers are looking for healthier breakfast options to start the new year on a health kick. As well as supporting Quaker’s healthy living proposition.

The promotion appeared across the Quaker Oat So Simple range for ten weeks and included a heavy marketing push to bring Quaker front and centre for shoppers looking for options to kick start their day in January.

Shoppers were offered a free Nuffield Health day pass with every pack – helping to drive valuable footfall into the gyms, whilst 70 winners were given a Health and Wellbeing package from Nuffield Health, worth £1,000.

Gousto’s collaboration with Wagamama allowed both brands to flex their freshness credentials, helping busy couples and families to whip up their favourite restaurant dishes at home, without the wastage that would typically come with buying all the ingredients separately.

Some people find wagamama’s menu a little intimidating with unfamiliar ingredients, so this partnership really helped to break down those barriers, at the same time as enabling Gousto to engage a family-based audience that loves wagamama.

We had to check we weren’t the victims of a cunning April Fool as we stumbled across this quirky collaboration – alas, this was a genuine jar of mayo, available to punters in a Crème Egg themed pop-up.

Divisive no doubt, yet where audiences divide, you can be sure that headlines will follow. A clever ploy to get the nation talking and draw attention to the unusual union of the brands in question.

Who hasn’t ventured around Ikea and dreamt of setting up camp for the night in one of their carefully crafted bedrooms? This tie up with Airbnb let shoppers do just that.

Airbnb, known for giving people access to the most unique listings around the world from treehouses to yurts to villas, cleverly added Ikea to the list for one night only.

The promotion was designed to inspire the nation to make more of their homes, from clearing and creating space to making homes guest ready in the sharing economy.

As you would expect, the campaign generated extensive internal coverage and attracted plenty of hype around both brands on social media.

Guinness has been synonymous with rugby since what seems like the dawn of time, encouraging even the most confirmed lager drinkers to switch allegiance and order a pint of the black stuff as the nation turns its attention to the oval ball.

In a smart move from Diageo to cement this association, Guinness became the latest title sponsor of the Six Nations, with the Championship now known as the Guinness Six Nations since 2019.

With a giant push across experiential, OOH, TV, digital and social media, Diageo have invested heavily in supporting their Made of More proposition through their association with rugby.

It clearly pays off, as bars see sales of Guinness increase by as much as 40% when a Six Nations match is on.